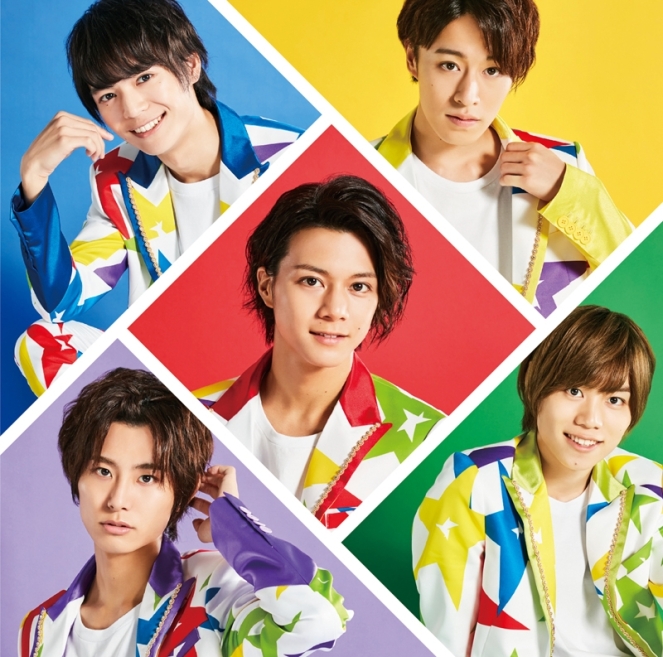 Are you an idol fans, but at the same time, also still cannot move on from the 2D world?

Worry not, as DearDream is a 2,5D idol group that is perfect for you! ^^

Haha, since my XOX post is kinda popular, I decided to blog this segment again! (Also still not enough material for Magipri post *cough cough*)

So What is DearDream? What is  so special about them?

They live in both 2D and 3D world!

DearDream is a real idol unit, filled with actors from Amuse agency. The idols then became the voice actors of the characters in the original game and anime project that is about idol world, titled “Dream Festival!!”. Aside being an exclusive seiyuu, they also did real idol job like their character in the anime, releasing CD and MV and doing concert everywhere. So, in anime and real live, they are idols with the same members in the unit: DearDream.

So you can both fangirl the real person and the anime character! 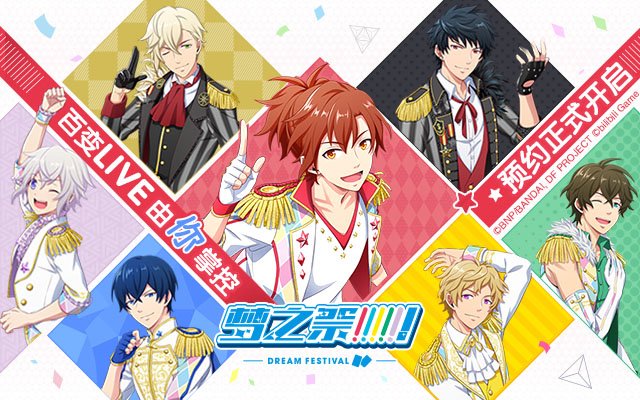 Have any of you watched it? The second season of the anime has finished brodcasted this October. And the game which is available on mobile phone still got many events up its sleeve!

But since I like this song this song that become the opening song of the anime I’ll put this instead lol Check it out! honestly I really like this PV!

(Check out the YT channel for more of their PV)

And now they have released their third single “Yume no Kodou” and their 1st album “Real Dream”! They also just have finished performed their 1st live tour!

And superbly, the most amazing thing about them is…

Of course the sound might be a bit broken but it’s already amazing that they can sing and dance like that … and their voice is good! Not perfect but they proved they can sing as good as their CD while doing harsh dance.. They really work hard! Especially when they performed many songs at once..

I think that makes them stands out! I really love real voice, even if your voice is bad, but it gives your real feelings out! But most idols are doing lipsync for a perfect performance.. even Magipri also lol

You don’t believe me? Watch it yourself then!

How is it? So good right? If you still don’t believe me there are many videos of their live records at YT so search it for more proof lol

Okay I love both of the anime version and 3D version but since this blog is more about real idols I’ll not really talk about the game or anime..

So! After knowing their songs.. now it is time to know the member! 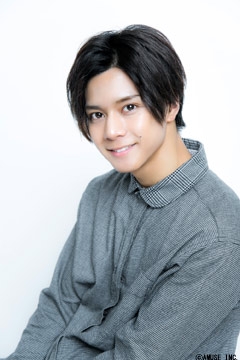 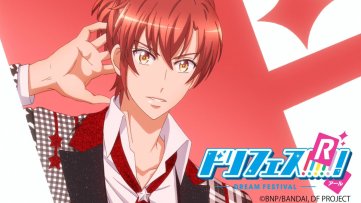 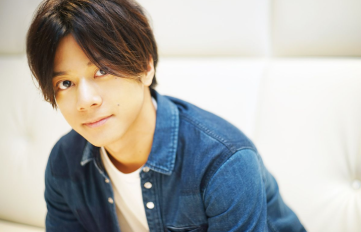 He’s the second child from four, having a big sister and two little brothers

Before DearDream he was more active in stageplay, being a member of Amuse’s Gekidan Prestage

He said he actually didn’t have any interest in entertainment world at all back then. He didn’t have any idea what he wanted to be, but all of his friends said that they want to be civil servant, so he realized that he prefer adventurous road rather than a stable life like his friends. He just happened to apply for Amuse audition for his first adventure in his 3rd grade of Middle School, but after he got in the agency he watched various stage performance and began to think that acting, especially stageplay is really fun and became serious about it. He left his hometown, Kumamoto and moved to Tokyo after he graduated high school, determined to be an actor.

Dream Festival is really challenging for him since he never expected to get a job in singing before lol.

As for Kanade, he is a cheerful young man with natural aura to make any people notice him, as to why he is scouted personally in the street. But he also have his cool moments and I think that his cool manners is the same with Souma ^^ 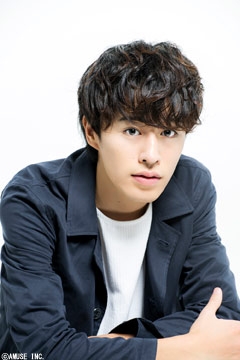 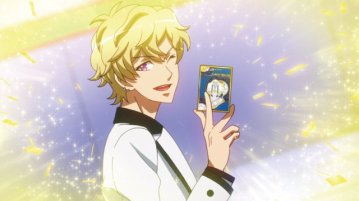 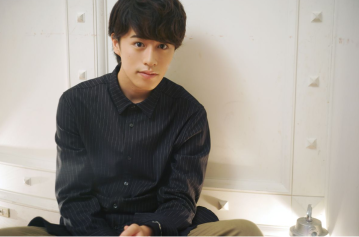 Hobbies and skills: Football and basketball

He is scouted in 2011, and after that he became a model in magazine. He’s also active in stageplay since 2013, like in Brother’s Conflict stage, before he joined Dear Dream. He also played in a stage with Souma and Takuya so the three of them actually know each other before they are put on the same group 😉

Actually he didn’t like acting because it’s embarrassing. But then he can’t forget the joy of acting on stage, he became to think of it more deeply. When he watch movies or stageplay, he thought about things like “Why is that scene good?” “why is that actor attracted to this actor?” and he began to love acting more and more.

When he was first chosen to be in Dream Festival project, he was reluctant since he was scared that being a seiyuu and idols may stray him away from his path as an actor he aimed for. But he is grateful for the many opportunities opened up before him.

As Junya he is a hotheaded (or they call it passionate lol) person. In real life he is also passionate about what he’s doing, though I see he has this calm aura around him.

He likes to go out alone rather than stay indoor. He wanted to be a backpacker when he was in highschool, and recently went on a solo travel to New York. 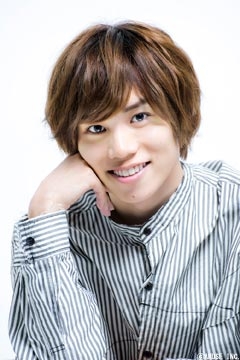 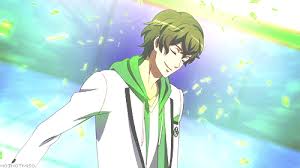 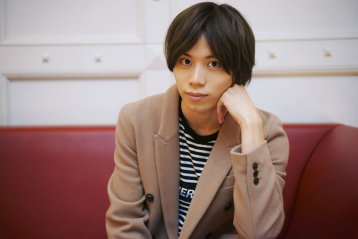 Like the other, he is active in stageplay before he joined DearDream, making his debut in FROGS stage in 2013, as he was also a member of Gekidan Prestage like Souma.

He was asked by his friend, Yamashita Ginji, to take the audition together. Masaki didn’t have confidence in dancing but he was interested in acting, so he finally tried it. They both passed the audition.

He had interest in entertainment world ever since before, it’s not that he wanted to do it as a job, but he liked perfoming in front of people. Under the influence of his parents, he liked to watch Johny’s Live DVD, then admired and imagined how it would feel for them to stand on that stage. He then became intersted in acting in 3rd grade of Middle school, when he auditioned for a stageplay. He came into the final selection but in the end didn’t get chosen. But he is guided by the director, and finally thought that it was fun to do stageplay.

He is tall like his character, Itsuki, and he has the same healing smile. He has his own call ‘Kono Ki nanno Ki?” which will be responsed by the audience by “Katagiri Itsuki”. Honestly by just looking at him I never expected that he is the oldest lol, he’s funny and the other members chose him to be the most spoilt member in the group. 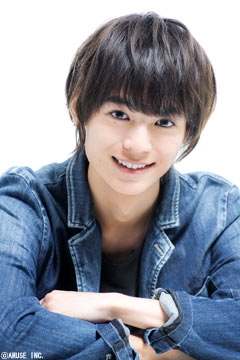 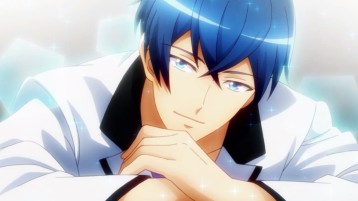 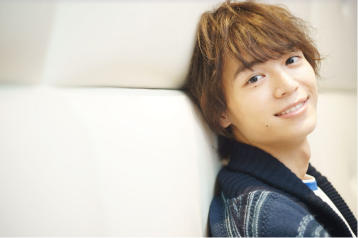 He already became an actor when he was still a child. If you’re into tokusatsu you may know him as Nogami Ryotaro (after he de-aged into a kid) from Kamen Rider Den-O.

Back then his mother applied him for a variety show under his brother’s name and he passed. After that his mother who is a fan of Fukuyama Masaharu sent his application to Amuse. He got his first role in move when he was in 4th grade of elementary school.

When he was a kid he didn’t really understand what he’s doing and acting about, but in middle school he suffered from human relationship at school. When he overcame it on high school, he began to thought that human is funny and his mindset about acting changed.

He pondered a lot when he got chosen for Dream Festival, since he can act as whatever role easily in front of camera or on stage, but he didn’t have confidence in his real self to be an idol. But now he aimed to dance elegantly and beautifully.

It’s interesting that Takuya is the same with his character, Shin, that he was an child actor. I think he is also level-headed too, and smart. They said that if the group is a family, Takuya is definitely the father. My first impression of him was that he has such a silky and smooth hair XD 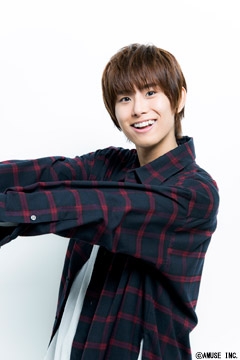 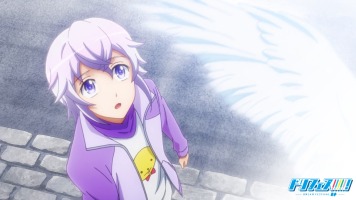 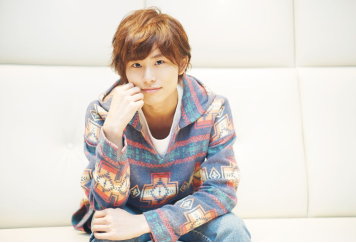 Not like the others who have many experience as actors, Kaoru just debuted in Dear Festival project after he passed the audition.

When he was in elementary and middle school, he was really immersed in baseball and didn’t care for anything else at all. After he retired from baseball activities then he began to adore stage, and when he became a highschooler he also enrolled into a dance school. He then began to try many audition but it wasn’t going well.

He really like manga and anime so he was also interested in becoming a seiyuu. That’s why when he saw the info for Dream Festival audition he quickly applied. Though, he applied barely near the deadline time so he was glad that he could pass the document selection process.

He thinks of his voice as his weapon since he has a unusually higher voice ever since he was a kid. He likes to play Dream Festival game so much and good at it.

I really like his energetic performance and unending smile while he’s singing. It is said that he is cheery like his character, Chizu! (but I see he’s not really that talkative, but he can brighten the mood?) 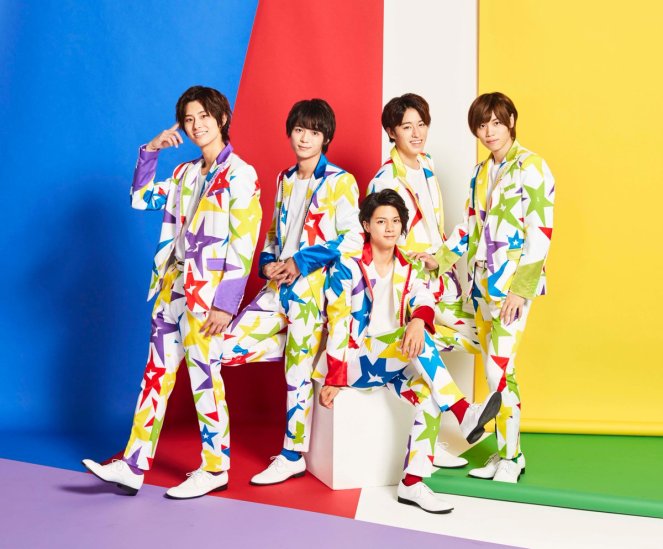 As a new seiyuu.. honestly they surprised me.

They are really good! At first  I thought they sounded plain but after a few episodes.. they grew to be so charming! I think that their voice is really unique and stands out for the character! XD Especially Chizu who got very unique squeaky voice.. and Itsuki with his famous “Junya-kyun… matte” line lol <—-tbh this is my most ever favorite line in their anime series lmao

My favorite character is Junya though. his type doesnt really match mine esp he just seemed to be another rival but when watching the anime..suddenly his existence has become so precious and the heroine and the mood maker of the group TT-TT

Ah! Didn’t I say I won’t talk about the anime or game lol

No spoiler though so just watch it yourself

But even if my favorite chara in the anime is Junya-kyun, I found myself interested in Kaoru when I watch 3D DearDream XD It’s so funny how you can have two different oshi in 2D and 3D version haha

Aghhh I wrote so much I haven’t even write about KUROFUNE!

Kurofune is DearDream’s rival in the series, and in real life also have both of their two seiyuus doing idol performance. The member is Kabumoto Hideaki as Kuroishi Yuto and Kimito Totani as Kazama Keigo.

Honestly I really love Kimi-chan ever since I watched Kamen Rider Decade! He played Kaito there! His visual really matched Keigo as well! (Hide looks so ikemen too but he kinda lacks the height lolol sorry) 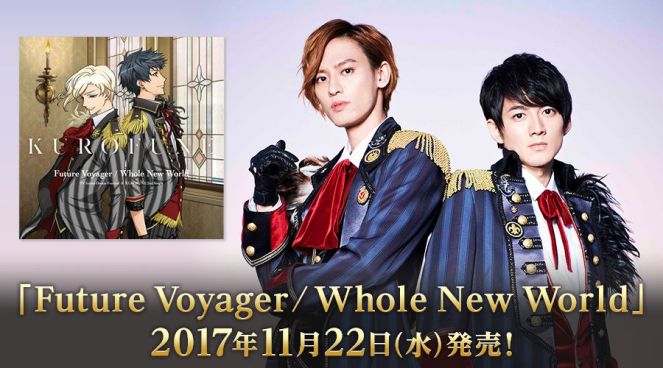 I actually like Kurofune more than Deardream, and want to ramble about them but oh well XD I’m getting tired of writing this so maybe I’ll write it in a separate post later but 90% chance of me getting lazy so I’ll just post my favorite song of them here!

Ps. love how aesthetic their concept is haha

What do you think about them?

Are you going to support them? Did they satisfy your otaku heart?

UPDATE: As of 30 March 2018, after 2,5 years, they’re stopping the service of the DreamFes mobile game and with that, also stopping all of the 3D world activities by disbanding  DearDream and Kurofune, right after their 1st Live Tour and the release of DearDream’s second album (of course there’ll also be no third season of the anime *sigh*). It’s such a sad news since for me they have a really high potential and have stole many fans hearts.. Moreover the news was so sudden.. But let’s respect their decision and support all of the members from now on as an actor! :”) 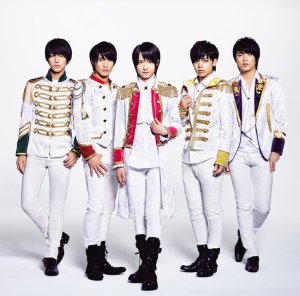 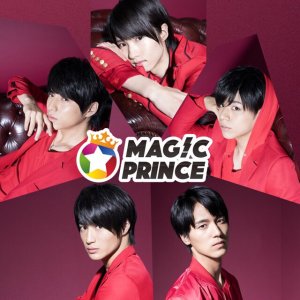 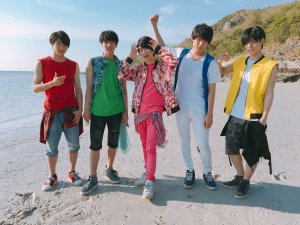